Greetings. It has been a few years since I last updated this website. First, let me sincerely apologize for any unanswered (or bounced) emails to those who took time from their busy schedules to write. The reason I never answered is because I had no answers to give. I was avoiding writing completely and everything related to it. I wasn't sure when, or if, I would ever get back to this writing stuff. I had moments of inspiration, but they would fade quickly and I would go back to square one. Was it writer's block? Not really, unless inspiration is tied into that. I have a lot of ideas. So why have I waited so long to publish my next book? I suppose I simply needed a break from writing--especially the business side of it and the annoying politics--and to focus on raising three teenagers. That's my best guess. I was burned out on writing and not enjoying it at all and wanted no part of it. There could be deeper, more mysterious reasons. Who knows? All I know is that my writing well was almost poisoned, so to speak, but it has been cleansed and is now carefully guarded.

So now I am back to it, ignoring the annoying politics (yes, writing is very political among certain groups, like everything else these days), staying off forums and avoiding online discussions. What I'm focused on now 100% is writing the books I love to write and putting them up for sale for my readers. I have no shortage of ideas, and I feel my skills have improved. I am determined to publish many more books.

I am currently aiming for a March 2020 publication of Immortals of Ollanhar, probably late March. I will post another update soon, in a month or so.

Knights: Immortals of Ollanhar has been in progress for sometime now. I can't predict a publication date yet, but the project is going well. I hope everyone is having a great holiday season and, for those who celebrate it as I do, a Christmas season that is quite merry. For everyone else, I hope all is well in whatever you do. I will provide another update soon concerning multiple writing projects.

Knights: Shadows of Ollanhar is now available in e-book format on Amazon, and will soon appear in all the other stores. This is the third book of the Ollanhar Series and the 7th Knights book overall. 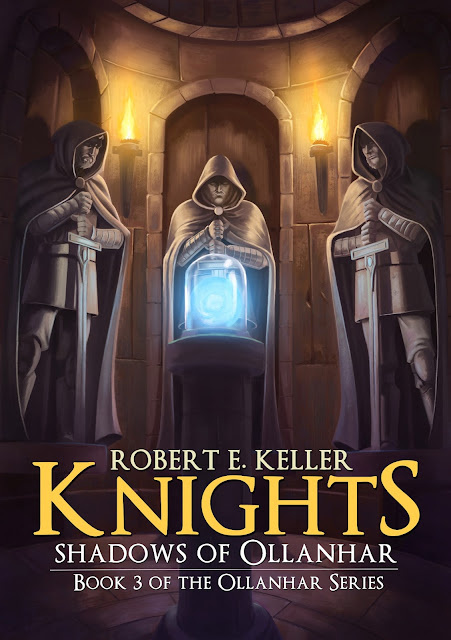 Progress Report:  Knights: Shadows of Ollanhar is finished, and the final polish is being added. Expect it for sale in e-book form soon, and eventually paperback (along with the rest of the Ollanhar Series).

After several unfortunate delays, Knights: Legends of Ollanhar is now available in ebook form on Amazon and will soon be found at other retailers. So why the delays? All I can say is that the distractions of life got in the way with more than a few trouble spots this year. But things are back on track at the moment and the next book is moving right along.

The cover art for the forthcoming "Knights: Legends of Ollanhar" is finished. Here's a look at it. 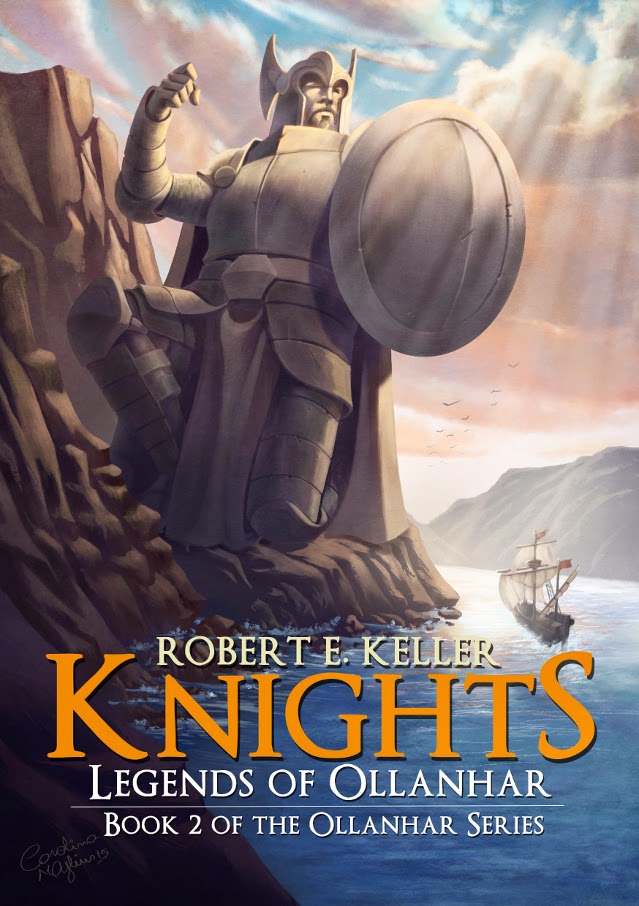 The next book in the Knights Series will be called Legends of Ollanhar, and it is currently in progress along with the cover art. I have some exciting ideas for this book. I think it will be the most "epic" book to date in the series.

What else have I been doing? Working on a real estate business as a hobby, which has taken quite a bit of time and study and is still in the early stages, and my wife and I are raising two adopted children and one foster child. Trying to write as much as possible without sacrificing family time, and making good progress at it.

Knights: Defenders of Ollanhar is now published on Amazon and will soon be available pretty much everywhere. That makes five Knights books so far and over 500,000 words in the series. The series is somewhere around the same length as the Lord of the Rings at this point, so I'm quite pleased with that accomplishment. But...I have plans to make it even longer if possible by quite a few books, as long as people are still enjoying them. The fans who appreciate my books are a definite inspiration to keep writing more. So on to the next one!

Here are a couple of interviews:

The next book involving the warriors of Dremlock Kingdom will be called Knights: Defenders of Ollanhar and will be Book 1 of the Ollanhar Series. Check back for more updates and a possible publication date.

Also, by now I should have answered ALL fan mail sent my way. If I have forgotten or somehow missed anyone, it was completely unintentional, and feel free to try again. And here's a huge thanks to all my fans for your interest and support.

An update on the next Knights book:  It's going better than expected (or rather, I like it more than I could have anticipated). It has been a pleasant surprise so far, for several reasons. This has become my favorite in the series and it's not even finished yet. But there is a bit more to be written, so we shall see how everything turns out. So...about the title... I'm still working on that detail, though I have an idea or two. When I decide on something, I'll reveal it here.